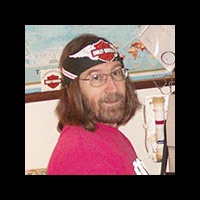 Unlike some people who suddenly need dialysis, Jeff Stumpe had the rare opportunity to prepare and plan for home hemodialysis (HHD), a treatment option that his nephrologist of 10 years had recommended.

Jeff has polycystic kidney disease (PKD), a condition that is hereditary and can lead to end stage renal disease (ESRD), meaning dialysis or a kidney transplant is necessary to stay alive.

“I methodically went about equipping my dialysis room with everything from plumbing to a reclining desk/dialysis chair, home theater sound system... [I also] decided to pick up my electric guitar after a 15-year absence and added equipment and song books to provide new capabilities,” says Jeff.

Aside from getting his home ready for dialysis treatments, he also mapped out a schedule that allows him to keep his job. Once he gets home from work, Jeff and his wife—who is his HHD care partner—work together by prepping his treatment area, cooking dinner, going for a walk after dinner and then watching their favorite TV shows while he dialyzes.

He’s also had little trouble traveling for business or pleasure, as he is able to adjust his treatment schedule accordingly.  Jeff says he’s experienced many of the benefits of HHD.

“The control, schedule flexibility, sense of accomplishment and empowerment that it provides [are reasons why I chose HHD],” says Jeff. “I now have an improved appetite, stable weight, improved energy and a more positive mental state.”

Jeff says much of his success on HHD is due to the training he did in the dialysis center with his home dialysis training team. If he had any trouble, he said the team would help him resolve it right away.

Soon after he began HHD, he took to DaVita.com and began posting his story to others in the forums. You can find and reply to his posts when you sign up for myDaVita.com. He also reviews his monthly labs using the DaVita Health Portal™ with his wife.

“We have a great ‘division of labor’ and she has done an excellent job and enjoys the portions for which she is responsible,” says Jeff. “She enjoys the often weekly rewards—eating dinner out on my week night treatment-off days.”

For Jeff, HHD has meant adapting and adjusting to a new way of life. He says he’s the self-driven type of person who enjoys the success in completing a task, which could be related to setting up, dialyzing and going on with the rest of one’s day.

“I believe that the best way to approach the ‘intrusion’ of HHD on your daily/weekly life, outside of its medical necessity for your health[is] to continue to do what you like to do [and] simply realize all of the time you spend sitting and can be turned into your treatment time,” says Jeff.  “If you spend time paying bills online and viewing websites, watching television, reading magazines and newspapers or even playing the guitar, all of these things can and should be done while you have to remain seated for two to three hours. Constantly improving your pre- and post-treatment processes will give you back even more time… I rejoice in the fact that if some aspect of one of my [treatments] doesn't go as smoothly as planned, I'll have the opportunity the next day or the day after to get it right.” 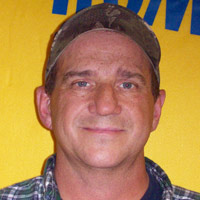 John Brinkmeyer of Houston, has been on dialysis for more than four years. Each week he and his wife, who is his care partner, perform the functions of home hemodialysis (HHD) together. When he was diagnosed with chronic kidney disease, he and his wife chose HHD so that they could maintain the most normal schedule possible and so they could both continue to work full time.

Even though John’s wife is available most of the time, she has to travel for business occasionally. At those times, John utilizes respite care. So rather than dialyzing at home, which he would normally do, John goes into a center for dialysis while his wife is out of town.

John said that respite care is convenient for him and his wife. He utilizes both the DaVita® Med Center Dialysis and the DaVita Med Center at Home centers in Houston. He also said he could see the benefits of using respite care on other occasions, such as in the case of illness, or simply to give a care partner a break from the routine.

“It’s always good to have that option, to know that they are there when you need them,” John said.

He said that it’s also helpful to go to a center to get updated training. For example, he recently went to a center to get training on using a touch pad with his NxStage® dialysis machine. Soon, by using the touch pad, he won’t need to make handwritten flow sheets.

The best thing for John about occasionally using respite care is that it makes him appreciate HHD all the more. 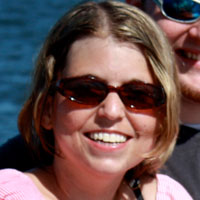 At 10 months old, Courtney was diagnosed with hemolytic uremic syndrome (HUS), which led to kidney disease. Courtney has been on in-center hemodialysis, peritoneal dialysis (PD) and had kidney transplants. After her third transplanted kidney failed, HHD was her next treatment option.

“The concept of being able to do hemodialysis in the comfort of my own surroundings was completely new to me and I had no idea how it would pan out,” said Courtney. Once she got into a routine, HHD became a great gift to her.

After being on HHD, Courtney got another kidney transplant in March 2012. She has been doing well since the operation.

But Courtney says she still believes HHD was a home treatment option that worked well for her. “There is light at the end of the tunnel, and when things are going well, home hemo allows you to do pretty much anything you’re able to do with functioning kidneys.”

Courtney says her parents have always been her cheerleaders and for that she is forever grateful. She also met someone very special, something she never thought would happen because of her medical problems. “He inspires me every day to keep going.”

Courtney has no plans of slowing down. She says, “I think the wise fish Dory from ‘Finding Nemo’ said it best: ‘Just keep swimming.’” 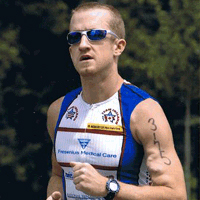 In 2001, Brad Davern was coughing up blood for two weeks. After the blood tests from the hospital lab came in, Brad’s doctor diagnosed him with a rare condition called Wegener’s disease. The disease damages the kidneys, and led Brad to start dialysis immediately.

Brad began hemodialysis at a center, but soon realized that type of environment wasn’t for him. Brad knew he wanted to take control of his dialysis treatments. That’s when he decided to switch to home hemodialysis.

“I enjoy the comfort of being in my own room. I can have the temperature at whatever I want, and watch movies or TV [while I dialyze].”

Once Brad trained to do home hemodialysis, he pushed forward with his active lifestyle, having been a star athlete in high school and basketball player in college. In 2007, Brad completed his first triathlon. “I’m always up for a challenge, so when the opportunity to participate in a triathlon was presented to me, I jumped at it.” Brad is currently training for a triathlon this summer held in Madison, WI.

Because Brad has had to cope with kidney disease, he says staying fit is therapeutic for him. “I’ve always liked to work out because it’s a release for me,” he said. “It’s a time where I can forget about everything that’s going on, including the fact that I have to do dialysis that day or night.”

Brad brought his competitive attitude to the U.S. Transplant Games, a sporting event for athletes who have received organ or bone marrow transplants. He earned a total of 7 medals in two different games. Brad had two different kidney transplant operations, but both times the kidneys were rejected by his body. He remains on the kidney donor waiting list.

Although Brad trains often for various sporting events, he also helps local school children achieve their athletic goals. For several years, Brad has coached a grade school basketball team in his neighborhood in Pittsburgh. Brad proudly says the team has garnered three championships in a row.

Brad seems to not believe in limitations because he has kidney disease and is on dialysis. After all, he has been skydiving twice and enjoys riding his Harley-Davidson. Brad said he would like other people with kidney disease who are considering home hemodialysis to not be afraid of giving this treatment modality a chance.

“HHD may seem overwhelming at first, but the nurses teaching you take good care of you and go over everything so it’s easy to understand. Here’s a chance to take your life and your care into your own hands, and who knows you better than yourself?”

Brad says there shouldn’t be stigmas surrounding people on dialysis. So far, it hasn’t stopped him from pursuing his goals and living a full life.

“I would like people with kidney disease] to not look at dialysis as a barrier, but to look at it as an obstacle to overcome. If you put your mind to something there is no other outcome than success.” 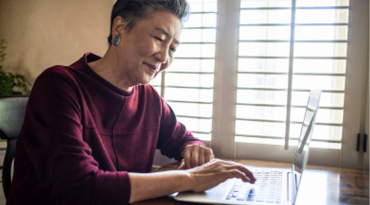 Get an overview about different dialysis treatments and how they help people continue a productive life.

When you are diagnosed with kidney disease and need dialysis or a transplant, you’ll want to understand your insurance options, how to receive financial assistance and more.

Understand how to keep track of your prescribed medications.

From tips to helping set up treatments when you travel, DaVita has resources to keep you on the move.

When you need emergency support or dialysis placement, look no further than DaVita® Guest Services.

See how the Centers for Medicare and Medicaid Services (CMS) recognized many DaVita centers with top marks in its Five-Star Quality Rating program.

With a kidney disease diagnosis, what do you do next? Find your way to better care in 3 steps.